Weaponized Fashion and the Adventures of a Queer Blackademic 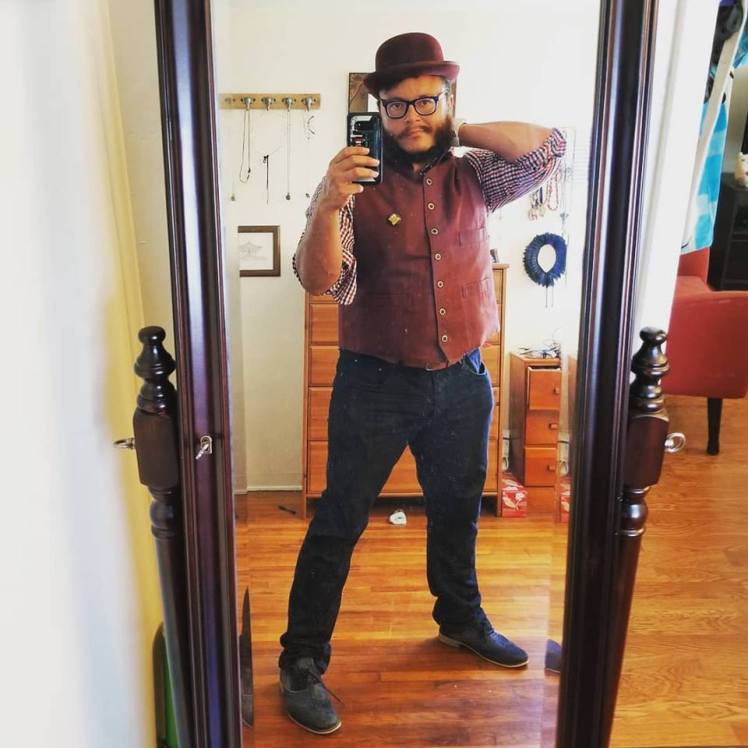 Today was a strange day of colour-matching.  I had a long morning of errands and the like, and didn’t get to campus until 3pm–so I threw this look together.  The red/white/blue checked shirt gets callbacks in the white and red watch, the red vest and hat, and the blue jeans, shoes and glasses.  To break it all up I added a #blacklivesmatter pin and then spent part of today wondering about what it might mean to make a claim to belong in a space in the US, in a space that is founded on violence and dispossession, but still beguiles with promises of inclusion.

I’ll leave y’all with this bit from Maya Angelou’s _All God’s Children Need Traveling Shoes_, about her viewing the American flag while in Ghana in 1963:

“We were scorning the symbol of hypocrisy and hope. Many of us had only begun to realize in Africa that the Stars and Stripes was our flag and our only flag, and that knowledge was almost too painful to bear. We could physically return to Africa, find jobs, learn languages, even marry and remain on African soil all our lives, but we were born in the United States and it was the United States which had rejected, enslaved, exploited, then denied us. It was the United States which held the graves of our grandmothers and grandfathers. It was in the United States, under conditions too bizarre to detail, that those same ancestors had worked and dreams of “a better day, by and by.” […] I shuddered to think that while we wanted that flag dragged into the mud and sullied beyond repair, we also wanted it pristine, its white stripes, summer cloud white. Watching it wave in the breeze of a distance made us nearly choke with emotion. It lifted us up with its promise and broke our hearts with its denial.”